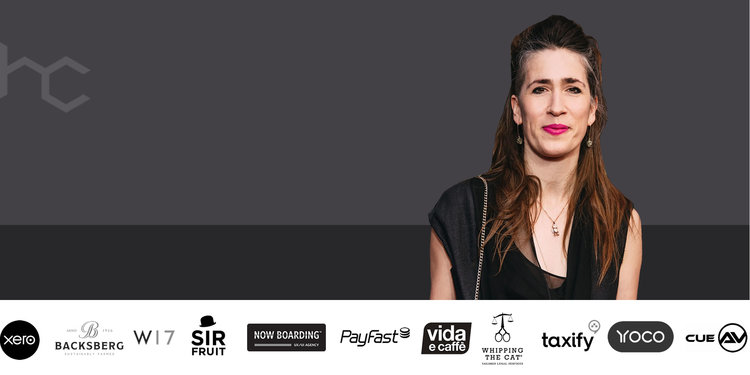 Grammy Award-winning international superstar. Writer of songs like Hide And Seek (see below) and the soundtrack to Harry Potter. Musical pioneer. Collaborator with Ariana Grande, Taylor Swift and (nope, not kidding) frikken NASA!

With a team of technologists and a scientist from the aforementioned NASA, Imogen created the Mi. Mu. gloves. These spectacular gloves are wireless, gestural wearable technology that combines apparel with cutting-edge electronic sensors to transform movement into music.

Yep, this woman is truly off the scale.

If that’s not enough, Imogen’s song Tiny Human was the first song ever released on the blockchain using a smart contract to pay all involved. Imogen called it her ‘vision for a sustainable music industry ecosystem’.

Imogen Heap is a technologist, a mom, an entrepreneur, a ground-breaking inventor and investor.
She also happens to have sold a truckload of albums in a 20-year musical career.

Do. not. miss. out on your chance to see this amazing human sharing her views on stage and fielding questions about the future of creativity, the music industry and balancing life as a creative entrepreneur.

Imogen will be doing her keynote in Cape Town on Wednesday 13th March, followed by a Masterclass for creatives the next morning. We will have another Masterclass in Johannesburg on the 18th March, then a surprise, impromptu, intimate gig in an undisclosed location on the 21st to cap off her tour to South Africa.