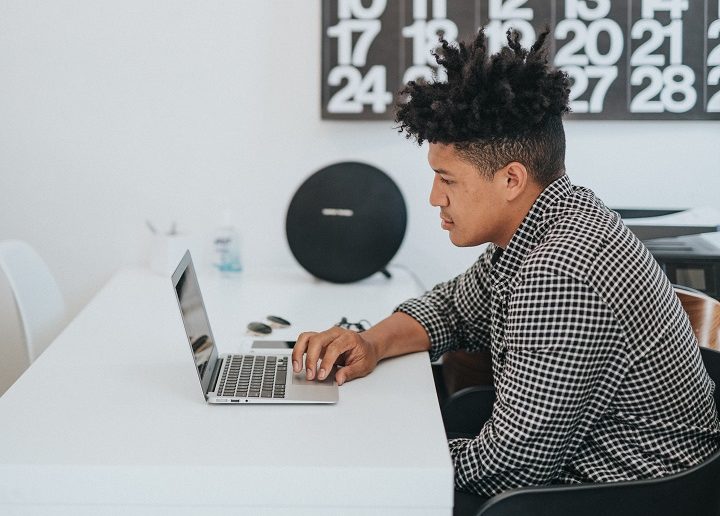 Reasons why young South Africans should consider entrepreneurship as an option

This article was kindly Story supplied by Steve Reid
Manager of the Centre for Entrepreneurship/Rapid Incubator, False Bay TVET College

I have had the privilege and joy of working with and coaching nearly 200 entrepreneurs and business owners over the past 15 years. They were drawn from many industries, in different areas, at different stages of business cycle and life. Many of them fell within a broad youth category. It is my observation that the “field of dreams” is tilted in favor of young people in terms of starting their own business and entering the journey of entrepreneurship.

Here are seven reasons why young people in South Africa should consider entrepreneurship as an option.

1. Statistics are in your favour

No doubt about it, young people fall into the category with the highest entrepreneurial activity.

New research has found that half the world’s entrepreneurs are between ages 25 and 44. Entrepreneurial activity was highest among 25 to 34 year olds in all geographic regions, the study found. The activity of entrepreneurs across age groups, however, varied greatly depending on where they lived.

Examining social entrepreneurship activity by age shows that the 25-34 year-old age group is most active in trying to start social enterprises, with the 18-24 year-olds also quite involved.

South Africa has one of the highest unemployment rates in the world, particularly in the youth segment. (18-35 years old) Jobs are also scarce within the formal sector.

These realities, instead of discouraging us, may cause us to refocus on entrepreneurship as a viable, first career choice. It was Jack Welch, CEO of General Electric who quipped, “Control your own destiny, or someone else will”.

2. The drivers of the South African economy are quietly shouting for you!

Our economy is decidedly unhealthy with poor growth rates; ongoing political instability and rampant unemployment rates just three of the factors effecting it.

Government has targeted a lofty target of producing 11 million jobs by 2030. It is also true that the formal economy will not be the greatest provider of these jobs, but rather SMME’s.

Another way of looking at this target is the creation of 1 million growth entrepreneurs and their businesses over the next 13 years.

Local and national government is seeking to pave the way for future entrepreneurs through addressing cumbersome policy, facilitating more accurate public spend through use of local SMME’s and by supporting the creation of accelerators and incubators.

Corporates and mid-sized companies are also helping through making access to their enterprise and supplier development easier for SMME’s.

There is a lot of goodwill backed up with real support for the aspiring youth entrepreneur.

3. The opportunities for you to address national challenges and problems are at an all-time high.

The National Planning Commission was formed in April 2010, under the chairmanship of Trevor Manuel. Their first report focuses on the social, political and economic challenges facing the country. They have come up with viable recommendations, and it is hoped that its implementation will adequately and realistically address these challenges.

According to the Commission there are nine key social, political and economic challenges facing South Africa. These include unemployment; poor infrastructure; corruption; poor use of natural resources.

Whilst these are serious challenges and problems facing our country, they simultaneously represent very real opportunities for the budding entrepreneur who thinks of solving a national/provincial challenge in a unique way.

For example, the Western Cape is in the grip of one of the worst droughts ever, and stage three water restrictions are in place. This challenge impacts every person in the Province and so innovative solutions have the possibility of impacting the quality of life of over 4 Million people. It was Thomas Edison who spoke of seeing and taking opportunities in this way, “Most people miss opportunity because it is dressed in overalls and looks like work.”

4. Funding/financial support is available for viable and robust business models.

Young aspiring entrepreneurs often cite lack of finance as a challenge to starting their business.

This is sometimes simply not the constraint they are facing, but it is perceived as important. It maybe for a number of other reasons like, not identifying the market; wanting to start an undifferentiated business or even no “secret sauce” about their business.

To those who genuinely have finances as a constraint, the good news is that should you have a viable idea and a robust business model, the likelihood of support increases substantially.

A powerful, free funding website has been created to assist with locating the most appropriate funding for the entrepreneur. It simultaneously also assists with assessing the financial literacy of the applicant and then “streams” the enquiry to appropriate funders in the area. At the last count there were 326 finance options available.

5. You are starting with less to lose.

One of the biggest deterrents to committing oneself to the entrepreneurial journey is the concern about how you will be able to pay the bills. If you have been employed for 5-10 years or more, this may have seen you entering into long term commitments. The uncertainty of income within a startup and the risks associated with it may be so prevalent that it halts further movement.

6. You have more energy than the Duracell bunny!

I have observed my own children growing into adulthood and starting their own businesses. They are both in the creative industry and there is a demand for huge amounts of energy in this competitive field. My son is an international travel photographer, and I accompanied him in Edinburgh and Glasgow on a photo shoot. My intention was to assist where I could; but the length of his daily activities soon exhausted my best intentions! He displayed energy levels I had forgotten about. It takes considerable energy to start and grow your business.

Remember too, that if you truly love what you do and are genuinely passionate about your offering, your energy levels tend to match the demand of the pace required.

Young people demonstrate quick adaptation to advances in technology. It appears as if the cautiousness towards “new things” that older people may have is less of a hindrance. In a similar way, young people entering a field are more prone to test the limits and boundaries, and not necessarily accept that things can’t be done.

The story of “Dry Bath”, created by Ludwick Marishane is an apt example. As an 18 year old in Limpopo, he was confronted by an opportunity to create an alternative to bathing. Although it may have seemed an unlikely idea, his research uncovered the value of such a product in the health industry in Africa. He was recognized as the best student entrepreneur in the world; the first African to receive this accolade. Perhaps your innovative idea may be worthy of this award, as you start and scale up your business!

As Albert Einstein commented, “In the middle of difficulty lies opportunity.”