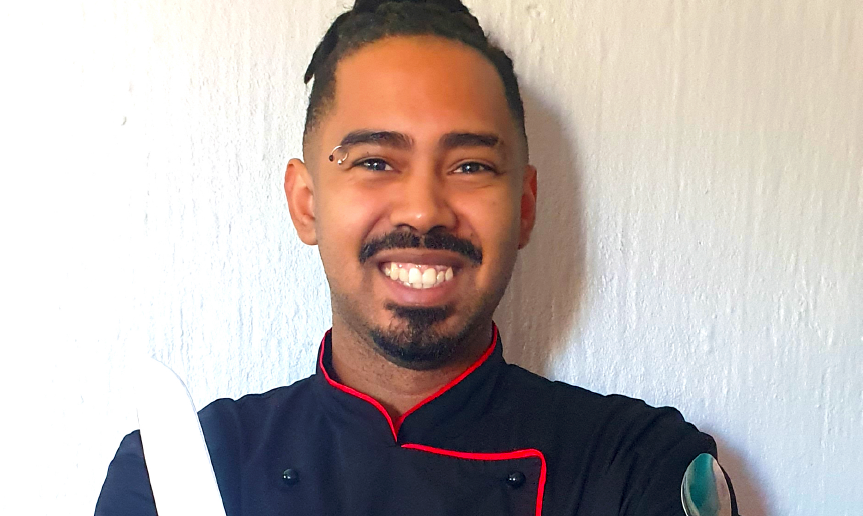 By Team Career Planet on 0 Comments

Tenacious and hardworking, people gravitate towards Shane for his humbling and optimistic disposition. The eldest of 6 siblings, Shane’s passion for the food and hospitality is rooted in his mother’s many years of experience in the hospitality industry.

Shane graduated from False Bay TVET College Muizenberg Campus in December 2017, with a National Diploma in Hospitality and Catering Services. While his roots are in Mitchell’s Plain, Cape Town, the world is his oyster.

On the day of his final exam paper, Shane submitted his application for a position in Dubai as a Front of House Chef and Waiter at one of the prestigious Michelin Star Group Hotels. Four months later, there he was, working for and refining his culinary skills under the American celebrity chef and cookbook author, Michael Mina.

A year later, Shane returned home to be closer to his family. He accepted a position as the Relief Sous Chef with the Village and Life Group in Langebaan, servicing an assortment of establishments under the five-star Brand. After just 4 months in the position, he was appointed the permanent Sous Chef at the Pezula Resort Hotel & Spa in Knysna. Noted for his exceptional menu planning, staff management and fine cuisine, he was appointed as the Acting Head Chef in January 2020.

Building a name for himself, Shane has been asked to judge cooking competitions, most recently the Great Karoo Cook-Off, and has been featured on local television programmes such as Proe (Afrikaans word for “Taste”) a community TV cooking show, and Laat die Potte Prut, (Afrikaans for Let the pots simmer) a show about teams who compete against each other to make the most delicious potjie-kos in the country.

Only 24 years old, he is not resting on his laurels. Shane is looking to study further in Management and recently completed his application to work abroad again, with his eye-set on Cruise Liners in the United States of America.

Goal-driven, Shane has ambitions to continue growing his technique, pallet and experience under established Chefs from around the world.

To view a taster of Shane’s creations, you can visit his Instagram Profile ChefShanePhillips