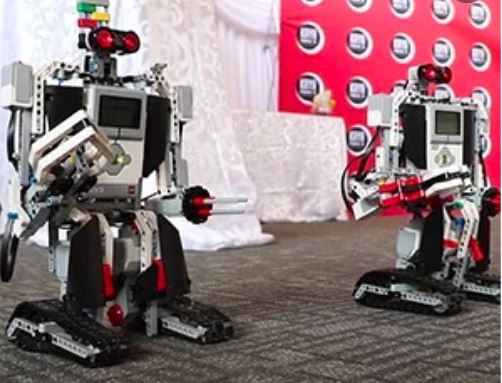 Meet Bongani and Mbali – two robots built by nine pupils involved in the robotics course of the Melisizwe Computer Labs Project in Johannesburg.

Decorated with different colours and lights, these small-sized machines moved up and down the red carpet at their official unveiling at Missourilaan Secondary School in Eldorado Park on Thursday.

Bongani and Mbali are equipped with motion sensors to recognise objects in their paths and a mobile phone can be used to control them.

Despite their similar functions, Mbali is topped with a colourful headpiece that separates her from her male counterpart, Bongani.

“The primary intention of the project is to ensure that learners have the tools that they need in order to have basic computer literacy skills as well as additional skills to prepare them for the fourth industrial revolution,” said Melisizwe director Candice Kern-Thomas.

Kern-Thomas and her team started the project in 2012 and have already provided 11 computer labs to schools in Gauteng, the Eastern Cape and the Western Cape.

“We decided to turn the computer lab project into a sustainable model by introducing these courses for the learners,” she said.

Fifteen-year-old Anastasia Moon was overjoyed as she went onto the stage to receive her certificate for an eight-month course in programming.

“It’s really exciting when you are able to perfect your code and see it work. Programming has really shaped my future,” she said.