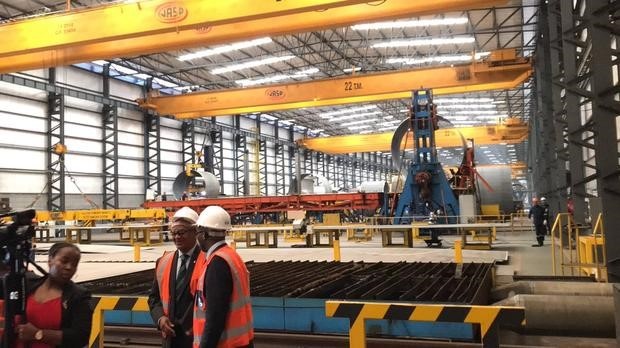 By Career Planet on Dec 8, 2018 0 Comments
Picture: The Presidency/Twitter

Following years of hard work and preparation by all spheres of government, President Cyril Ramaphosa was on had to launch the Atlantis Special Economic Zone (SEZ) at a ceremony in Atlantis, Western Cape.

The launch of the 124.5-hectare area is designated for the establishment of a green technologies hub in the Western Cape, follows the confirmed designation of the Atlantis SEZ status which was approved by cabinet on 8 June 2018.

The Minister of Trade and Industry, Dr Rob Davies previously said that the SEZ is designated for the manufacturing of green technologies, alternative waste management, energy efficient technology, alternative building material and many other clean technologies.

“I must say it’s a real pleasure for me to be here today at what one would call a new era for the community of Atlantis,” President Ramaphosa said.

“A combined R1.8bn is expected to be invested in the SEZ by 2022, with the creation of 1 200 direct jobs. A total of 24 000 full time equivalent jobs are also expected to be created in the SEZ’s 20-year lifespan. This is in line with our Industrial Policy and will contribute towards the objectives of National Development Plan,” Davies had said.