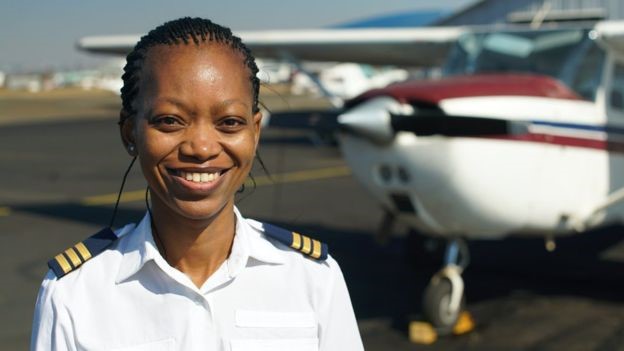 Fourteen-year-old Paballo (Pabi) Leqhotsa jumps out of the pilot seat of a four-seater Cessna monoplane giddy with delight. 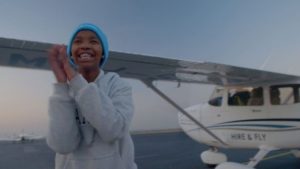 “It was amazing. I felt like I was in control, do you understand?” she says, spinning round in excitement. Taking control of an aircraft was something the teenager from Soweto had dreamed of since she was little.

She stands on the runway at Grand Central Airport and whoops with pure joy; the words of delight streaming out of her.

The woman behind this euphoria is Refilwe Ledwaba, South Africa’s first black woman to have flown for the South African Police Service. 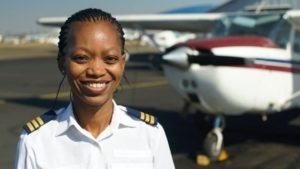 Besides being the country’s first black female helicopter pilot, Refilwe is also the founder of the Girl Fly Programme in Africa Foundation (GFPA) a non-profit organisation empowering young women to take up science, technology, engineering and mathematics (STEM) subjects.

Every year she organises a flying camp for girls where they learn about robotics, coding and aviation. And then each of them gets a free flying lesson at some point during the year.

“I want the girls to be successful,” she says, dressed in her pilot’s uniform, watching the teenagers take it in turns to fly. “Not necessarily to choose to become pilots but to become confident young women who can contribute to society, our economy and give back to our communities.”

Her passion for flying is contagious, and it’s that which is driving her to work on her dream of developing South Africa’s next generation of female aviation experts and Africa’s future leaders in science.

This article was adapted from the Original BBC Innovators article written by By Dhruti Shah and Tamasin Ford, Magaliesburg, South Africa