What is a Double?

A Double is usually employed in the entertainment industry.  They are usually found in film, television and video productions.

Double means two.  In this case, a Double looks exactly like a film star or leading actor/actress. A Double will replace an actor/actress in a particular scene for different reasons.

There are two kinds of Double:

They replace the actor/actress in a scene because:

They replace the actor/actress in a scene because:

If a Double is good, they may have a long-standing job filling in for a particular actor.

Doubles usually have a number of skills that makes them versatile and easy to employ.  It would make sense for a director to hire as few Doubles as possible.  Collecting and perfecting a variety of skills would obviously be advantageous.

Note:  Doubles may do the stunts etc but they are not in the limelight nor famous.  A Double is only in the movie to make the actor/actress looks good.  If you can keep your ego in check, then maybe becoming a Double is an exciting job for you to consider.

What does a Double do?

How do I become a Double?

Besides looking like a particular actor/actress – you need skills as well.  A background in performing arts and drama would be extremely advantageous.

Becoming a Stunt Double – is another ball game.  You will need to have some amazing dare-devil skills.  See Stunt Person on our website for more details.

OTHER CAREERS TO CONSIDER? Entertainer … or … Actor/Actress

Is becoming a Double the right career choice for me? 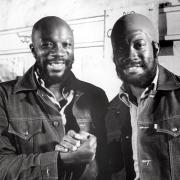